Took the Daytona to work today and as I was loading up my gear I remembered that I needed to replace the fuse that I blew Friday night when I picked up the Dodge.  I have a box of different blade fuses I keep in the garage so I just grabbed the box of fuses and threw it in the back of the Daytona thinking that if I got a chance at work I could pop the panel and check / replace the fuse.

Later that morning I dropped the fuse panel (below the steering wheel) and checked the fuses.  Sure enough, one was blown.  I replaced it from my spares and had a working radio / CD player and clock again.  Total repair time : 5 minutes and most of that was to get the cover off and back on since it is held in place with three spring loaded plastic twist knobs which do NOT like to go back into their slots once you take the plate off.

I had to work the ER that night and the Daytona gave me no problems.  In fact, it's running great.  I say that sarcastically so that nothing bad will happen.  That night at the ER my nurse practitioner stopped me and asked me about my car.

"That red car you were driving the other night ... is that a Laser?" she asked.

"No.  Dodge Daytona.  It's the sister car to the Laser.  Laser was a Chrysler, they stopped making them in 1986 but Dodge kept making the Daytona until the early '90's."

"Daytona!  That's the other one I remember!  What year is your Daytona?"

Her eyes lit up.

"Oh!  Shelby!  Like the red one that Hunter's partner Dee Dee drove!"

It's neat when someone else remembers these cars ... and remembers them in a pop culture reference.  For what it is worth, Hunter's partner "Dee Dee Mccall" drove a Dodge Daytona Turbo Z in the early years (red with silver lower body) and a Shelby Z in the later years (again, red).  Here are two pics. 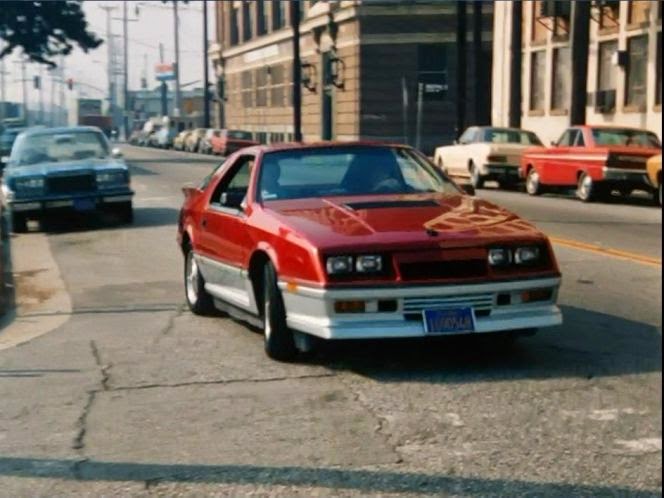 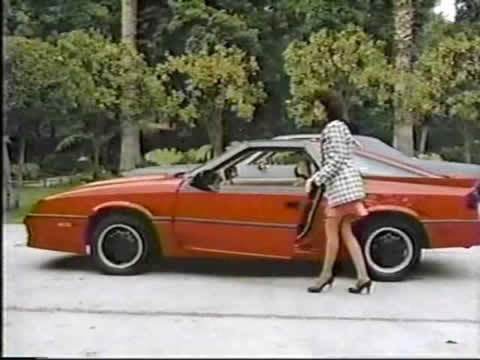 From the Wiki entry on the "Hunter" TV series ...

"During the first two seasons, McCall drove a Garnet Red and Silver 1984 Dodge Daytona Turbo Z. Then starting with season three and on through season five, McCall drove a Bright Red 1987 Daytona Shelby Z (Sometimes though, a "Turbo Z" badge on this Daytona is also clearly visible)."